"Tera kya hoga Kaalia?"
(What will happen to you, Kaalia?)

"Sardar, maine aap ka namak khaya hai."
(Boss, I have been loyal to you. ("Have eaten your salt (namak)" implies loyalty.)

The 77-year-old actor, known to play bit roles in many Hindi and Marathi movies throughout his five-decade long career passed away yesterday due to multiple organ failure. Apart from Sambaa, Kaalia was the only other recognizable henchman from Gabbar's dacoit gang in Sholay.

Stereotyping & the death of an actor
As it happens with many Hindi movie actors, Viju Khote was typecast to play the henchman in numerous other movies. Stereotyping an actor based on appearance and repeating a 'hit' character is a Hindi movie curse few actors emerge from and Khote couldn't either. Alas, for here was an actor capable of playing any shade, given the chance. 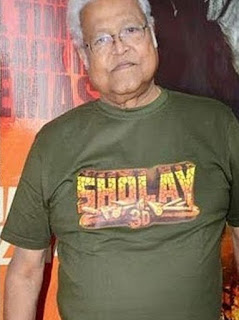 Also, watch his timing when he matches the amazing Paresh Rawal in the same movie with, "Cheene dalne ka time ho gaya sir?" ("Is it the right time to put in the sugar, sir?").

Last word: Andaaz Apna Apna sequel
Andaaz Apna Apna director Rajkumar Santoshi spoke to the media on Khote's death, summing up Khote's unfulfilled career,"He was a fantastic actor with very good timing. No one could’ve played Robert like he did. He would drop by whenever he was in Juhu. I’m currently writing the second part of Andaz Apna Apna and had a role for him in mind. He didn’t get the roles he deserved.”

Rest in peace Viju Khote, and thank you for Kaalia, Robert and many other wonderful characters. 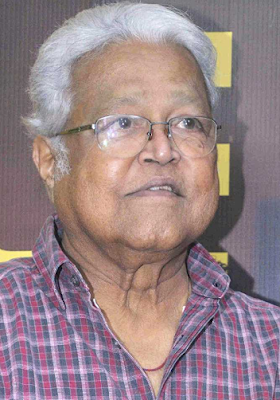 Posted by Snehith Kumbla at 12:20 PM No comments: Links to this post

Posted by Snehith Kumbla at 10:00 PM No comments: Links to this post 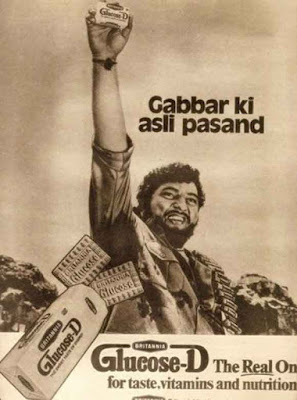 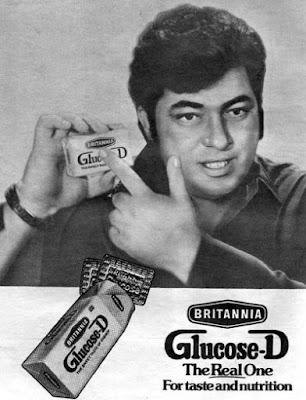 Posted by Snehith Kumbla at 9:53 PM No comments: Links to this post

Sholay (1975), directed by Ramesh Sippy, is now a part of Indian culture. Clearly inspired by umpteen Hindi dacoit films and Sergio Leone westerns, yet with an original lush flavour yet unmatched on the Hindi film screen, Sholay uncannily gets to our hearts, every time we view it... 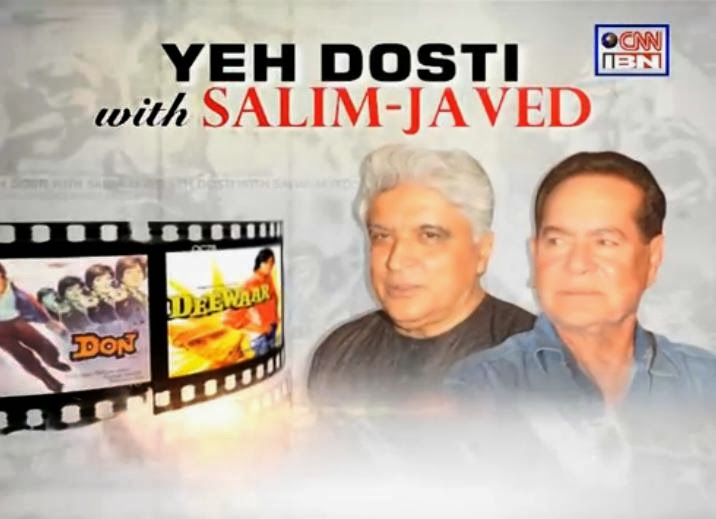 #THEE SHALL BE ABLE TO RECITE EVERY DIALOGUE OF SHOLAY, EVEN IN YOUR SLEEP.

#THANKS TO JAI, YOU KNOW WHAT TO WATCH OUT FOR WHEN A COIN IS TOSSED...

#THEE SHALL RIDE A HORSE TO WORK - FIGHT GLOBAL WARMING.

#THEE SHALL ASSUME NOBLE RESPONSIBILITY OF FINDING A NEW GROOM FOR RADHA. REST IN PEACE JAI, WE ARE HERE.

#THEE SHALL ASSURE ALL DOGS AND MANEKA GANDHI THAT NOBODY SHALL BE DRINKING CANINE BLOOD. EVER.

#THEE SHALL START COACHING CLASSES ON - HOW TO SHOOT DOWN MANGOES WITH A COUNTRY REVOLVER.

#THEE SHALL NAME YOUR SONS - JAI AND VEERU, DAUGHTERS - BASANTI AND RADHA. YOUR VERY VERY NAUGHTY SON SHALL BE NAMED - GABBAR.

THE FIRST LINES OF THE MOVIE: